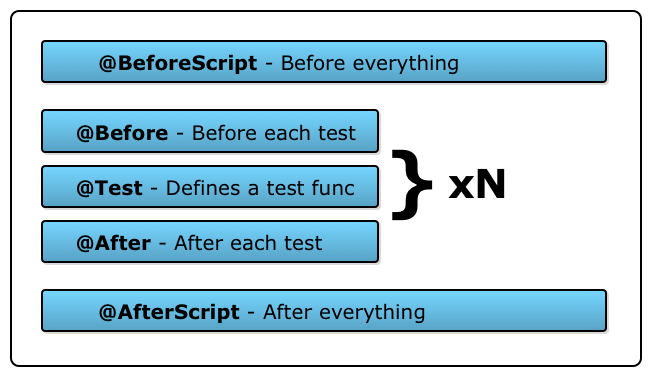 In this post I will describe the provashell project, an Apache 2.0 licensed bash and shell Unit Testing library using annotations. The library is a self-contained script file with no dependencies that can be embedded or used easily in your project. Extra care has been taken to use POSIX shell features and the code has been tested in the popular shells bash, dash and zsh (latest versions the time of writing this article). I will add some detail on what drove me to do it, what it does, how it works and some examples.

Unit tests should be everywhere there is code. Tests materialise our expectations of the expected behaviour, prevent obscure bugs, generally induce more elegant designs and also serve as very effective up-to-date documentation. The oft-touted benefits are well worth it.

An area commonly overlooked in unit testing is when the code is “just a script”. This is unfortunately a common misconception, code is just code and should therefore be treated as such, with solid engineering principles and rigorous testing. Here’s a thought experiment: try to tell yourself what the differences between a ‘script’ and ‘proper code’ really are. Is it length? There might be a short piece of code that configures all your company’s firewall rules or backups and that is quite an important piece of logic, isn’t it? Is it criticality? Working non-critical code tends to end up included in critical systems and by extension becomes ‘mission-critical’ as well. Is it the language it is coded in? Most languages are pretty much logically equivalent (and Turing complete) so if something coded in Python is translated into Java to do the same thing its very essential nature has not changed at all. Is it necessity? We could go on. Code is just code, and it can and should be tested.

Testing bash and shell scripts is unfortunately not that common. As discussed, shell scripts should still be tested thoroughly. There are plenty of shell testing libraries out there, usually bash-specific implementations, with different licenses. They are mature and well tested implementations. However, I was on the lookout for an Apache 2.0 licensed one that was simple, with no dependencies (such as the latest C++ compiler!) and I could not find one that suited my taste. One never knows anywhere near all there is to know about shell programming (trust me, you do not, specially when taking into account different implementations and so on) so I set about writing one myself that had the outlined characteristics which would also help me to learn more about shell coding.

The specific characteristics of provashell are as follows:

* Be unit-tested itself – Using plain shell test structures to do the assertion tests themselves. One of course can test the basic assert function and then leverage that tested function to check the other assertions, but I wanted to avoid false positives and keep concerns separate. Using provashell’s own test assert functions to test itself results in more elegant code but is potentially confusing when failures occur due to cascading effects.

* Be as POSIX-compliant as possible – To that effect, the library has been tested in the latest (as of writing) versions of bash, zsh and dash, the latter being quite POSIX-strict. While bash-isms can be very practical when coding and in interactive shell sessions, cross-shell testing is a good code quality exercise which forces engineers to double check lots of assumptions and shortcuts, generally leading to better scripts. Even though I much prefer to use zsh for interactive sessions (specially when paired with toolchains such as the genial oh my zsh), once you have the mindset of shell implementations being real programming languages, it is fairly easy to mentally switch to bash or -even better-, POSIX shell ‘mode’ when writing persistent scripts. Such mental gymnastics will greatly help if found working on an old or unfamiliar system, with only ksh installed or something like that.

* Run no user-supplied code – This is an important security characteristic. The very first version of provashell used eval to run assertion checks in a flexible way, this resulted in elegant code but it also meant that test data could include shell code that could be run by the test framework. This is insecure and should be avoided if there are other solutions at hand, even if they are a bit more complex or less elegant. The latest version does not use eval anywhere in the code so it will not execute any user o lib user code, except for running the configured setup and teardown functions, of course. Whatever happens in those functions is up to the test developer. In any case, automated unit tests should never include user-supplied or variable data, to significantly low the risk of attacks using Continuous Integration systems or any automated test routines. Following that strategy, provashell does not run any user-supplied code other than the configured setup, teardown functions and the declared tests, and the assertion functions do not execute any external code to the best of my knowledge (you should check the code yourself anyway, grep -R eval src is your friend here).  It goes without saying that test shells should pretty much never be run as root, unless there is a very good reason (which there isn’t).

* Do not do (too much) funky stuff – Try to be as simple as possible and reuse code wherever feasible, so there is little repetition in the test library. It should also be easy to read and understand by any reasonably experienced shell coder. It is worth stressing again that shell scripts are real code and should be treated as such at all times.

* Use annotations to identify tests – Tests can be named any way the developer wants. I like annotations for tests because even though appending ‘Test’ to tests is a really simple convention, sometimes it adds extra cruft to test names in a context where it is not actually needed. For instance, the test called ‘errorIsReturnedOnNetworkTimeout’ is quite self-explanatory and easily understood in a test class context. Having ‘errorIsReturnedOnNetworkTimeoutTest’ does not add much to the definition and extends the name needlessly. It is of course a matter of style and it could argued that adding annotations to tests adds the same cruft, just in a different place. In any case, provashell uses annotations to identify tests and related functions which work well and are simple to use. Here’s a summary diagram of all the supported annotations (they need to go in a bash comment line):

Yeah! Give me some shell test examples

Usage is pretty straightforward and can be demonstrated with an example. Imagine we have a function we want to test that counts the number of a’s in a text passed as a parameter. It is probably not a very good implementation but is a good enough example:

Once we have defined the tests we need to source the library like this (using whatever path we have for the provashell file):

This will run the provashell code within the current context, causing the tests to be executed as expected, including the annotated pre and post functions.

Extensive docs and examples can be found at the GitHub provashell project page. In any case, the source is quite short and readable.

The provashell library uses the Apache 2.0 license. Pull requests are welcome so fork away!